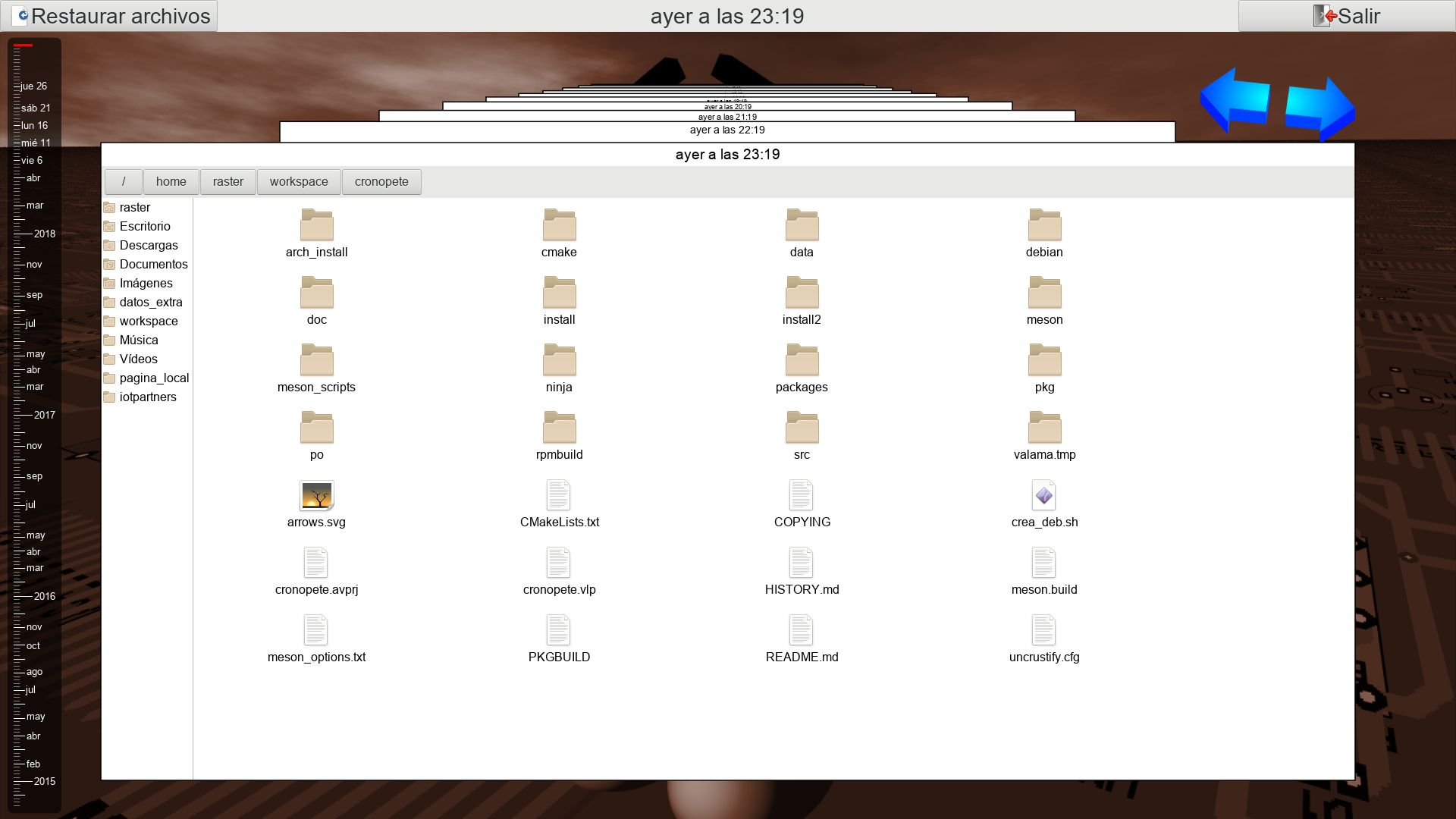 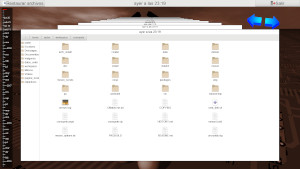 Cronopete is a Linux clone of Time Machine, the backup utility for Mac from Apple. It aims to mimic it as closely as possible.

As a backup utility, it makes periodically a copy of all the user files in a separate hard disk, thus allowing to recover them in case of accidentally deleting a file, or if the main hard disk gets damaged. Each copy is stored separately (one copy per hour is kept for the last 24 hours, one daily copy for the last 15 days, and one weekly copy for the rest), which means that the user can choose which copy to restore. Files that do not change between backups are stored as hard links, and thus each new copy uses much less disk space than a true full copy. Internally, it uses RSync to do all the backup work.

It is important to note that Cronopete is NOT designed to back up the whole operating system; only the personal files. Never try to backup the root folder, or system folders like "/etc".

The name comes from anacronopete ("who flies through time"), which is a time machine featured in the novel from Enrique Gaspar y Rimbaud, and published in 1887 (eight years before than H.G. Wells'Time Machine).